This weekend we had the pleasure of taking Alex Buono’s Visual Storytelling 2 in Philly. Alex Buono is the DP of the SNL Film Unit (Check out these: Jim Carrey’s Lincoln Ad, Wes Anderson-style horror trailer, and The Group Hopper based on the Maze Runner). He also shot feature films, documentaries, commercials and TV shows — and was nominated for an Oscar in short-filmmaking. He just finished co-directing Documentary Now!, a new IFC comedy series from creators Seth Meyers, Bill Hader and Fred Armisen. It is always incredible to learn from someone so dedicated to his craft.  The discussion on visual subtext was beyond enlightening. The whole day reignited our film passion and inspired us to keep reaching for our dreams. Thanks Alex! 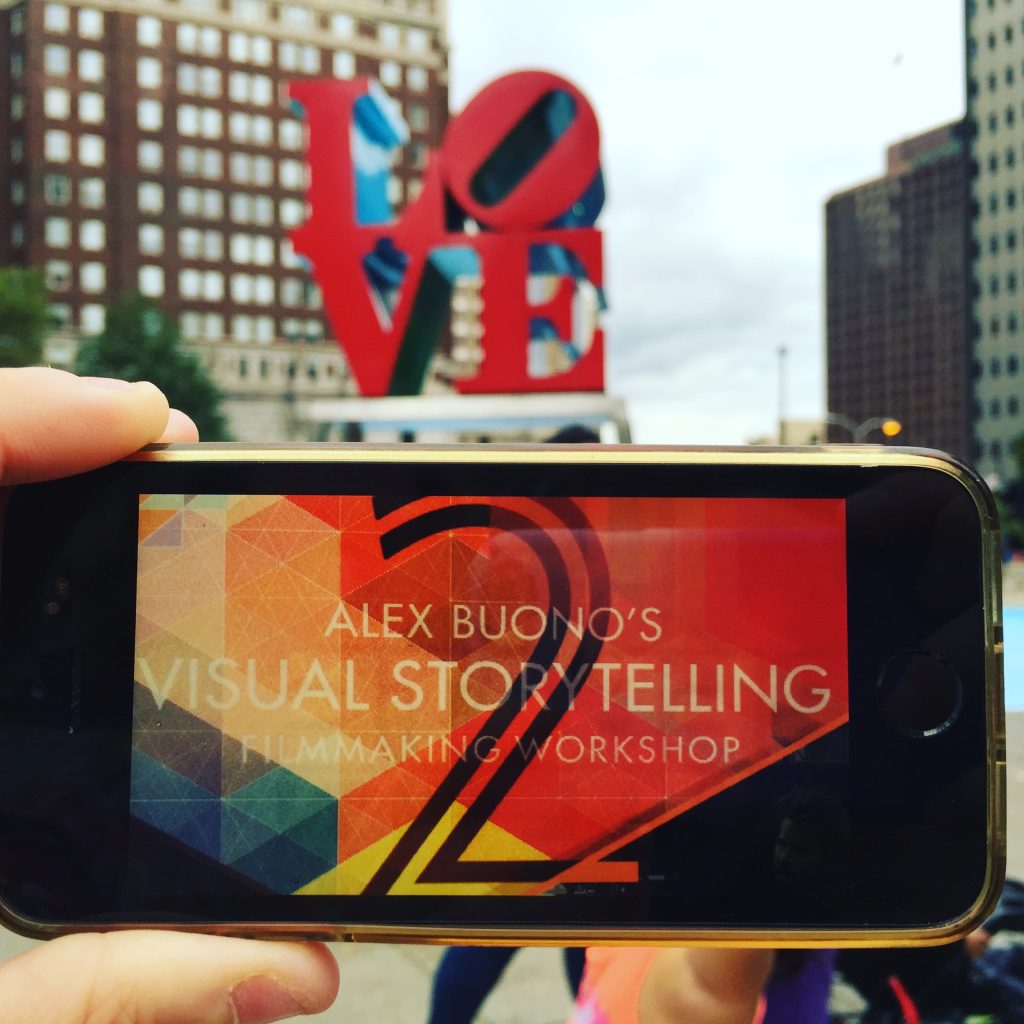