Universal Signs on Vimeo On Demand 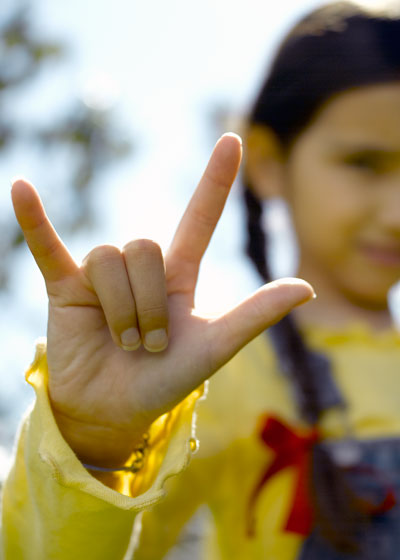 Philadelphia, Pennsylvania, 10/6/15 – Universal Signs Productions announces today the online availability of Universal Signs, the first-ever full-length feature film in sign language, for rent or purchase with Vimeo On Demand. The film won the Best Feature Film Audience Award at the Philadelphia Film Festival, the Best Actress and Best Actor Awards at the Feel Good Film Festival in Hollywood, and was the opening night film at the Toronto International Deaf Film and Arts Festival and WORLDEAF Cinema Festival.

With American Sign Language that is completely visible in every frame, this revolutionary film is captioned for the hearing and set to a mesmerizing, original score by Academy Award® winner Joseph Renzetti. The film allows those who can hear to experience the Deaf world.

“We are thrilled to make this powerful and beloved movie more widely available,” said Catherine Miller, producer. “This unforgettable story of forgiveness, redemption and love is one that anyone can truly appreciate.”

After the death of his fiancée’s daughter while in his care, Andrew (Anthony Natale, Mr. Holland’s Opus), a Deaf artist, becomes a prisoner of his own mind. Tormented day and night by memories and self-blame, Andrew falls in a downward spiral of depression and anger that alienates everyone around him. It is only through a serendipitous friendship and new love with Mary (Sabrina Lloyd, Sports Night) that Andrew is able to sense the life around him — forgive himself, rediscover his muse and experience the transformative power of love.

Now Available on Vimeo On Demand

Universal Signs on Vimeo On Demand

Universal Signs (www.universalsignsmovie.com) is a modern day silent film told primarily in American Sign Language with captions for the hearing and non-signing audience. This 100 minute full-length feature film takes the audience on a first person journey through the Deaf world and culture. It is a theatrical experience with an original interpretive score by Academy Award®-winning composer, Joseph Renzetti. While the main character is Deaf, the story of Universal Signs is one with which all people can connect – one of forgiveness, redemption, and love. In addition, all of the Deaf characters are played by Deaf actors. 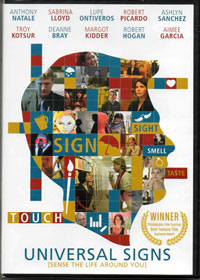 Buy the DVD (now only $14.95) on the Universal Signs website, and get a free t-shirt! Just add the DVD and the t-shirt you want (any size, any design) to your cart. No coupon needed!

Get the DVD and your FREE t-shirt now!